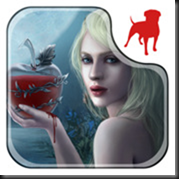 This is a quick hack I’ve done on Zynga’s “Vampires” game on the iPhone. One of the parameters of becoming powerful in the game is to have a large clan (friends) in the game. As there is no downside with being clan-member with people outside your normal social sphere (like the loss of privacy) people have published their player IDs on the net in the hope that people will add them.

The thing is that adding members to your clan is a tedious effort, where you can add a member perhaps every 30 seconds if you are really fast. Still, adding hundreds of members is something that I rather not do manually. Luckily for me I didn’t need to.

First off I sniffed the traffic between the iPhone and Zynga’s servers while playing the game and especially took note how the “add player to clan” message looked like. It looked something like this:

The nice thing is that it is not protected against replay attacks, so I can post the same message over and over again with a list of clan members to add.

So lets get the second piece of the puzzle and grab some player IDs. I grabbed almost 1200 player IDs from http://mycodelive.com/vampires#ids and put them in a text-file called “vampires.txt”. I then wrote a little bash-script around curl that looks like this:

You need to replace IPHONE_ID with your iPhone ID (you can grab it by sniffing the traffic just like how I did it).

Just to be clear: The player IDs from http://mycodelive.com/vampires#ids are from people who wants to be added to your clan so in their turn get a larger clan for the game (if I add you to my clan I automatically becomes added to your clan as well). The “hack” in this is that I automated the process of adding people to my clan. I am lazy, but in a good way. 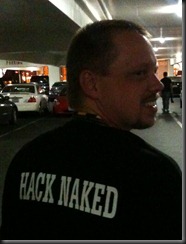 Michael Boman is a a security consultant with Omegapoint AB Stockholm (Sweden) office.

When he is not breaking in to customers systems and infrastructure he collects and analyzes malware. That is a peculiar hobby but when he said “some people collects stamps, I collect malware” it did make a weird sort of sense.

Michael has spoken at many international security conferences about his discoveries in the security field on various topics from intrusion detection to a large-scale analysis of the worlds HTTPS servers.

Posted by Omegapoint Security Lab at 08:15